Padma Vibhushan & Dr. B C Roy National Awardee, Dr. Purshotam Lal is an internationally applauded cardiologist who has been known for his professional excellence and his philanthropic nature. A humble man of humble origin. The journey from son of a bicycle repairer to the most acclaimed interventional cardiologist in the world is a story that has inspired many and led to him being conferred Padma Vibhushan, the highest civilian award in India. With no electricity at place he belonged to, an oil lamp was enough for him to light up his dreams. He used to aspire to become a teacher, but regular scholarships helped him tide over the basic necessities and facilitated his medical education. Service for humanity was his dream for what he gave up his flourishing practice and an elite faculty position in US to come back to his home – India.

He felt his core mission of providing quality healthcare at affordable price and to serve poor and needy remained unaccomplished while he was working in a corporate hospital in Chennai. To fulfill his dream he set-up Metro Heart Institute in 1997. The centre acted as a platform for him to do innovations in cardiology and dream even bigger. A crusader against unethical commercialization of medical services to the detriment of common people of the country, Dr. Lal is a man of mission. In pursuance of his mission, Dr. Lal has established twelve state-of- art hospitals and three satellite units of which 7 has NABH accreditation. Such is Dr. Purshotam Lal’s commitment to his mission that an ever increasing number of poor patients have been treated at concessional rates with all possible help. He was named “Creator of Affordable Healthcare” by “Express Healthcare” and has been a trendsetter and inspiration for NRI’s to return to India to serve the needy.

Dr. Purshotam Lal has been trained at world renowned medical institutions in UK, Germany and USA. Dr. Lal is a Fellow of American College of Cardiology; American College of Medicine; Royal College of Physicians (Canada); Indian College of Cardiology & Society for Cardiac Angiography Interventions (USA). Dr. Lal has the unique distinction of introducing largest number of procedures in the field of Interventional Cardiology for the first time in the country (he has more than twenty ‘firsts’ to his credit) such as Slow Rotational Angioplasty, Coronary Atherectomy, diamond drilling of arteries (Rotablator), Non-Surgical Closure of Heart Hole, Non-Surgical Aortic Valve Replacement, etc. Dr. Lal has developed new techniques of Aortofemoral Bypass Support (Partial Artificial Heart) and opening of tight heart valves with Echo without Cath Lab. He performed the first case of Non-Surgical Heart Hole Closure (ASD) with Monodisc Device and Aortic Valve Replacement with Core Valve for the first time in the world. His name has been listed several times in the Limca Book of World Records. 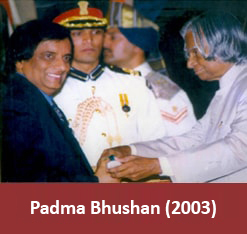 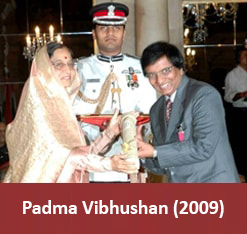 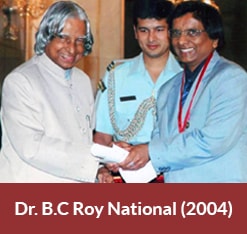