The physicians, specialists & staff of ENT department at Metro Hospital are dedicated to providing high-quality, compassionate care with medicine of the highest order & latest equipments for complete patient care.

We aim to provide a comprehensive patient centered service for all ages to treat disorders & defects of the ears, nose (including sinuses), throat, head & neck as well as medical & surgical treatment.

At our centre we provide the following services :

At our centre we provide the following services :

Recently we at Metro Hospital, Faridabad performed Cochlear implant surgery on a female child of 10 months from Afghanistan. She responded well to surgery and in undergoing speech rehabilitation therapy. 10 months of age for surgery is chosen because this is the age when child develops his/her speech.
A Cochlear implant is a surgically implanted electronic device that provides a sense of sound to a person who is profoundly deaf or severely hard of hearing. Cochlear implant may help provide hearing in patients who are deaf because of damage to sensory hair cells in their Cochlear. This may be congenital or due to trauma with damage to Cochlea or viral infection of the ear. Cochlear implant is surgically placed under the skin behind the ear.

Basic parts of the device include:

An array of up to 22 electrodes wound through the Cochlea, which sends the impulses to the nerve in scala tympani and then directly to the brain through the auditory nerve system.
A prime candidate is described as :
• Haring severe to profound sensorineural hearing loss in both ears.
• Having a functional auditory nerve.
• Having good speech, language and communication skill or in case of infants and young children. Having a family willing to work towards speck and language skill with therapy.
• Having the support of family & friends.
• Having appropriate service setup for post- Cochlear implant aural rehabilitation (through a speech therapist, deaf educator or auditory verbal therapist)
We plan to do many more Cochlear implant in future in our hospital.
ENT Department : Metro Hospital, Faridabad

Tinnitus may be due to a treatable vascular abnormality

Mrs. Lafta, 38 years old Iraqi female came to Metro Hospital, Faridabad recently with complaints of tinnitus in right ear. Tinnitus is a condition characterized by ringing or abnormal sounds without external provocation which appears to be originating in the ear or head. Tinnitus affects around 17% of people worldwide, and causes significant suffering in 4% of the general population.
She has been to various leading corporate hospital of Delhi, but could not get any relief of her symptoms as her symptoms were always interpreted to be associated with ears. There was no obvious cause for her tinnitus and thus no treatment could be offered to her. Her symptoms were very disturbing to her, so much so that it was disrupting her daily routine also.
At Metro Hospital, she was seen by Dr. S.S. Bansal, Sr. Interventional Cardiologist & Managing Director of the institutions & was advised for all necessary investigations in which, her Echo was normal with apparently all normal test result. Her swelling in the neck was causing humming sound on auscultation which was disappearing on compressing internal jugular vein in neck suggesting some relationship with this venous structure. Based on clinical findings & history, her MR venography of neck veins were performed which showed ectatic right jugular vein with high riding jugular bulb & Doppler neck vein also showed ectasia of right internal jugular vein.
The tinnitus was due to high riding jugular bulb which was pressing against the middle ear cavity and petrous. It’s a very rare cause of this disease and very difficult to diagnose also. The humming sound was due to turbulence of blood in dilated (ectatic) part of IJV.
After discussion with cardiac surgeon & neurologist, and explanation of procedures & outcome to relatives, she was taken for right jugular vein ligation, which is the treatment of choice for this condition. Immediate cessation of tinnitus was observed in the patient.
Wide variation is seen in position & dimension of jugular bulb. A high jugular bulb in temporal bone causes pulsatile tinnitus & in some cases progressive hearing loss also, Dr. Bansal informed. It is more common on right temporal bone. The causes for high jugular bulb could be abnormal bone formation, aberrant sinojugular System or decreased pneumatization of mastoid bone.
It is a very rare cause of tinnitus and even more difficult to diagnose but easily treatable. 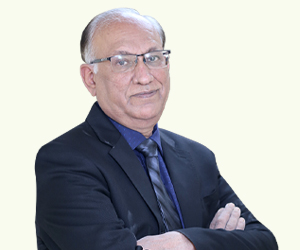 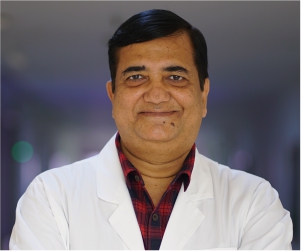