We, Metro Hospital, Faridabad provides you the best IVF center in Faridabad.

We are best IVF center in Faridabad. Infertility may be defined as an inability to achieve pregnancy within 1 year of having unprotected intercourse. Women who are more than 35 years should consult an expert after 6 months of contraceptive free sexual intercourse when it has not resulted in pregnancy. This difference in the time limit is owing to the declining egg quality with increasing age. In some couples the fertility is impaired to some extent but not completely, these patients may conceive in 3rd year or subsequently without any assistance as there is a delay these patients are called sub fertile. While, sterility is an absolute state of inability to conceive.

The cause of infertility could be in either of the partners (Male factor-35%, Female factor-40%) or in 10-15% both partners may be infertile or sub fertile. sometimes each could be individually fertile but as a couple may need assistance to achieve pregnancy the causes could be immunological or genetic, this is called Combined infertility. While in about 10%, the fertility evaluation show no abnormality, these patients are likely to have problems which are not diagnosed by current available investigations, this is termed unexplained infertility.

It is done using a telescope named – Laparoscope to which a light source and camera are attached. It enables us to see ovaries, outside of uterus and fallopian tubes inside the abdomen through holes. Surgeries can be performed while looking inside the abdomen. Laparoscopy is done to determine the causes of infertility, symptoms like pelvic pain & abdominal pain and to check if there are any scar tissues or blockage in the fallopian tubes. This technique is used to treat cysts, endometriosis and fibroids.

Hysteroscope is used to see inside the womb. The tip of the tool is put inside the uterus and trawled gently. A light source and camera are attached to the tool. Hysteroscopy is usually done to determine the cause of abnormal bleeding and to remove growths in the uterus like fibroids & polyps. During the test, diagnosis and treatment of the problem can be done at the same time.

Washed sperm are placed into women’s uterus during the time of ovulation.

In the IVF treatment process, eggs are removed from the ovaries of the female, at the same time sperms are collected from the male partner. The eggs and sperms collected are made to fertilize in the laboratory and the fertilized egg (embryo) is then placed in the woman’s womb to make her conceive

ICSI is a technique in which a single sperm is directly injected into an egg to fertilise it and then the fertilised egg (embryo) is transferred to womb. It is one of the most cost-effective and successful treatment for infertile men.

Donating sperm is considered one of the noblest causes a man can undertake. When the male partner has absent sperm or his sperm are of low-quality, they need some other man who is willing to donate sperm which would fuse with eggs of the female partner to form an embryo. That embryo would be implanted in the womb to produce a healthy child after 9 months.

When female partner is unable to produce eggs due to various reasons like menopause, premature ovarian failure or age factor, the infertile couple seeks a woman who would donate eggs in lieu of a sum of money. The eggs are fertilised and implanted in the womb of the desired mother. Thereafter the children are born in a natural manner. The desired mother has to undergo two to three sessions of hormonal therapy before obtaining the eggs from the donor woman. It is called Hormonal Replacement Technique. This therapy is used to determine whether the womb of a woman is competent for implantation.

Surrogacy is an arrangement between a woman and a couple or individual to carry and deliver a baby. Women or couples who choose surrogacy often do so because they are unable to conceive due to a missing or abnormal uterus, have experienced multiple pregnancy losses, or have had multiple in vitro fertilization attempts that have failed. The advantage of gestational surrogacy to the parents is that the embryo is created from the woman’s egg and the man’s sperm, so it is biologically theirs. 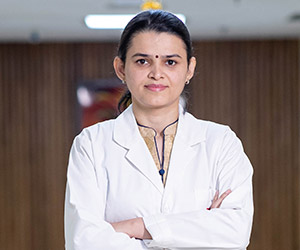