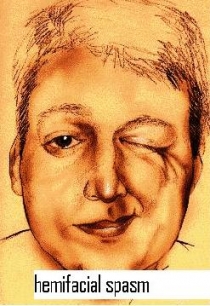 Botulinum toxin type A (BOTOX) is therapeutic muscle-relaxing agent that cause weakening of overactive muscles. Although Botulinum toxin is a lethal, naturally occurring substance, it can be used as an effective and powerful medication. These treatments work at the site of the nerves where they are injected. This will effectively weaken the muscle for a period of three to four months.

Botox injection contains botulinum toxin type A, which is a toxin produced by the bacteria Clostridium botulinum. Botox blocks signal transmission at the neuromuscular junction by preventing the release of acetylcholine from the presynaptic terminal. The effect is reversed when the preterminal neurite sprouts and reinnervates the muscle. The level of chemical denervation is dependent upon the amount of Botox injected into the muscle.

Botox have been used to manage a variety of disorders like;

We are running an Exclusive Botox Clinic in Faridabad which is headed by Dr. Rohit Gupta, Sr. Consultant- Neurology from Monday to Saturday from 10:00am till 03:00pm.Botox Therapy is just a 5 minute procedure; the effect starts in 2 days and peaks up in 2 weeks and goes up to 3 to 4 months, after which the therapy is repeated. This therapy has immediate results with mostly